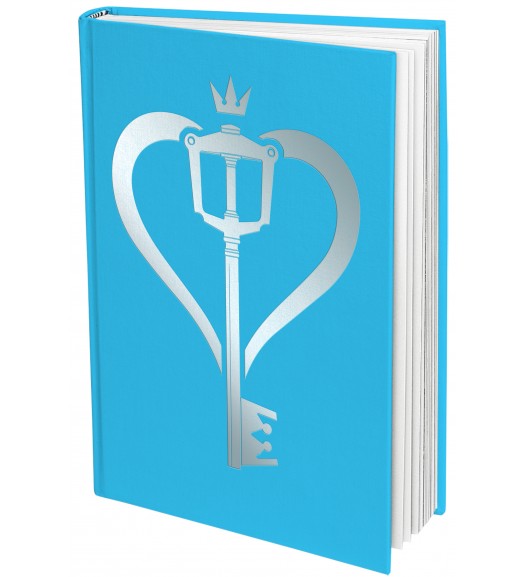 Tetsuya Nomura built his worldwide popularity on the characters he created for the Final Fantasy series. Yet, Tetsuya Nomura is much more than a simple character designer. His involvement and influence are palpable to the very core of Square Enix, and even throughout the Japanese video game industry. With time, he was even able to cleverly convince Disney, the world's largest entertainment empire, to bow to his genius in order to create one of the most significant works of our time.

Usually, Third books look at an entire work or series through the lens of the publisher's three signature topics: Creation, Universe and Decryption, in a single volume. But it was inconceivable to overlook even the smallest detail about the genesis of Kingdom Hearts. We had to be as generous as the series itself. Because, yes, Kingdom Hearts is unique and deserves special treatment. So, over more than 400 pages, Jay strives to recount absolutely everything there is to know about the origin of the series.

Better known by his pseudonym, Jay, Georges Grouard is the founder of Gameplay RPG, the first magazine in the world devoted entirely to role-playing video games.

The collector's edition includes:
- The book The Legend of Kingdom Hearts. Volume 1: Creation
- A variant cover
- A reversible dust jacket
- A bookmark
- The ebook (ePub and MOBI formats)