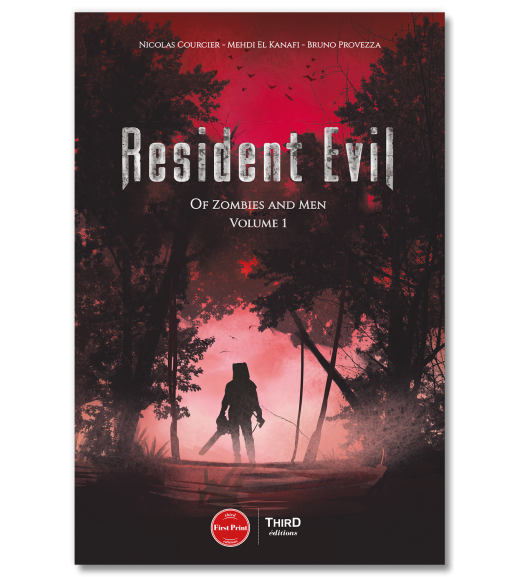 The living dead have been an object of fascination in the literary world for almost two centuries. Today, more than at any point in history, their most iconic representative, the zombie, has become a true pop culture phenomenon in its own right…

Night of the Living Dead, 28 Days Later, Shaun of the Dead, The Walking Dead: in film, on TV, and in graphic novels, it’s hard to get away from these monsters with their craving for human flesh. And the video-game world is no exception, with the Resident Evil series ushering in a new era of horror.

This book will take you into the putrid and still beating heart of Capcom’s series, into the backstreets of Raccoon City to meet the heroes who fought against the evil Umbrella Corporation. Learn the origins of each installment, meet the people behind the games, and discover their sources of inspiration and the evolution in the series’ gameplay.

The First Print edition includes:
- The book Resident Evil. Of Zombies and Men
- A variant cover
- A reversible dust jacket
- A bookmark
- A lithograph
- The ebook