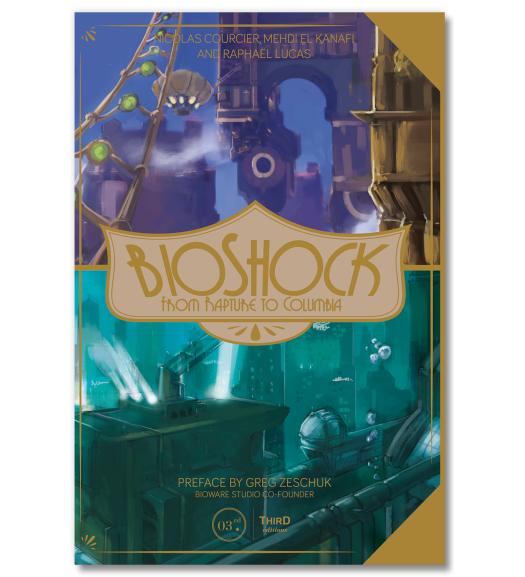 BioShock. From Rapture to Columbia

In just three episodes, the BioShock series managed to score some big points amongst players’ hearts. Spiritual successor of System Shock 2, the first BioShock was an Irrational Games’ work, directed by Ken Levine. Set in the 50’s ambiance, with Art Déco levels, progression in BioShock is possible through open and smart game mechanics, inciting the player to be creative and to use its environment. The saga is also filled with many profound and philosophical themes, while involving the player in every of its aspects.

The book is an in-depth investigation into the entire triptych, DLCs included, and offers a clear vision of the games' development process, game design, stories, themes, influences and music.